In the Silesian mountains there stands a small railway station where trains snake back and forth and where the platforms are sometimes obscured by a fog which conceals all sorts of strange happenings. Nearby is a psychiatric hospital where people snake back and forth along the corridors. Alois Nebel is a man who knows both the station and the hospital very well. Like his father before him, he has spent his whole life on the railways, most recently as a train dispatcher. He collects train timetables, drinks beer, smokes, and from time to time sees things that nobody else can. Somewhere along the way his mind became clouded by the trains passing through the station and crisscrossing their way through the century. It is in this state that Alois meets the Mute, a stranger who appears as if from nowhere, as if out of the past, and gets involved in a murder that happened in Poland but has its roots much closer to the railway station than Alois fathoms. 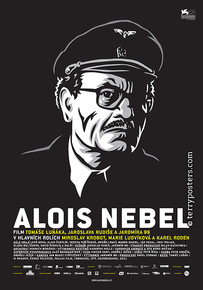