Year of marihuana follows a whole range of people dealing with cannabis, approaching its use from various perspectives. First of all it introduces professor Hanuš, a scientist who dedicated his professional career to cannabis research. There is also Dušan Dvořák, an activist and founder of the "Cannabis is a Cure" foundation. The film follows several patients who use cannabis as a cure for their diseases such as cancer or multiple sclerosis. It also presents an official cannabis green house in Israel where cannabis is grown in sophisticated ways and distributed among patients with an official approval for free. The film further presents the varied opinion of politicians and policemen both from the Czech Republic and abroad; explications by addictologists; conferences in the Czech Parliament; shots from the million marihuana march and other demonstrations as well as protests against the criminalization of cannabis; or Dušan Dvořák's trial for marihuana misuse. The film tries to map the problem in an objective rather than biased way, showing the possibilities and limits of the medical use of cannabis. The questions of personal freedom and the right to health are discussed. 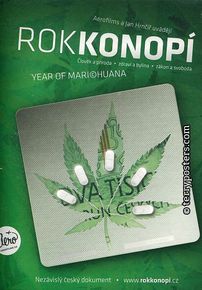