The Fall of Italy 0+

Wartime events in a small Dalmatian coast village that changed hands quite frequently during World War II. Mussolini’s squadristi are already there but are promptly ran out town after the capitulation of Italy. Out of the resulting power vacuum emerge even more brutal Croatian Nazi collaborators, Ustashe, before Partisans liberators triumphantly march in. Towards the end, we even get a group of bearded Serbian Chetnics. In the midst of all the turmoil young partisan commander Davorin falls in love with daughter of a well-off local who is viewed as a traitor by other villagers for siding with Italian occupiers in order to save his wealth. For someone like Davorin who holds an important position in the revolutionary movement this proves to be beginning of the end. Influenced by his newfound love he starts to slip up and make mistakes. 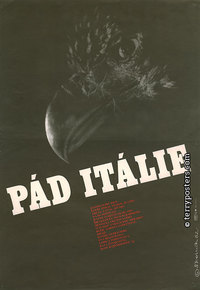