Agora, which was an ancient marketplace in Egypt, is the setting for the story of a female philosopher named Hypatia, played by Rachel Weisz. A slave boy named Davus, played by Max Minghella, falls in love with Hypatia. But there is turmoil in Roman occupied Egypt, as the rise of Christianity threatens to overthrow the Roman empire in Egypt. Davus must choose between his love for Hypatia and the possibility of freedom by joining the rising Christian cause. 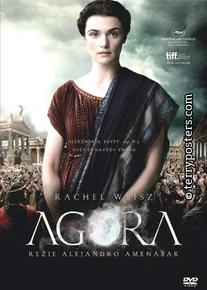